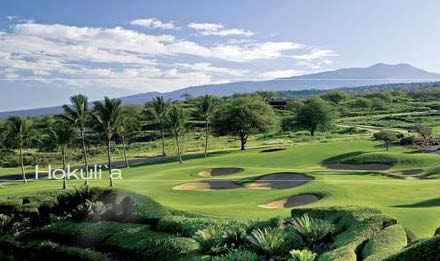 Located in Kealakekua on the Pacific Coast in South Kona on the Big Island of Hawai’i, Hokuli’a (Star of Desire) offers extraordinary panoramic vistas, recreational amenities including a signature Jack Nicklaus golf course currently ranked #5 in Hawai’i by Golf Digest, and the invitation to live the Hawai’ian lifestyle within what has often been referred to as “the most desirable private oceanside golf community in the world.”  Chris Webster played a prominent role at Hokuli’a with developer, Lyle Anderson and his company, in conceptual planning initially, but primarily in its marketing and sales efforts, providing valuable market feedback, development guidance and sales leads for the community.  Over the ensuing years, that history of involvement and personal commitment continued, not only as one of Hokuli’a’s earliest advisors, but also as one of its first residents, growing to the point that Chris served as an active board member of the Hokuli’a Cultural Association (HCA) and advisor to the Parks and Cultural Sites Association (PCSA), thus ensuring that the community preserved the history and advanced the legacy of the people of Hawai’i.  Helping forge the initial vision for the community from its inception, WEBSTER ESTATES worked closely with Lloyds Banking Group TSB in London and their asset managers with the various suitors who considered the purchase of Hokuli’a, ultimately leading to SunChase’s acquisition of the note in March of 2013.  In the ensuing years, Hokuli’a regained is preeminent stature and appeal, in large part due to the intelligent and creative design and construction of the club’s compound of buildings and facilities by architect/contractor, Stephen Ewing. Together, the complete finished home fulfillment and delivery process, and any part thereof, can be easily and professionally accomplished – design and construction overseen by Ewing and Ewing Legacy Estates and marketing and sales by Webster and his colleagues and companies, Leading Estates of the World | Hokuli’a Estates. 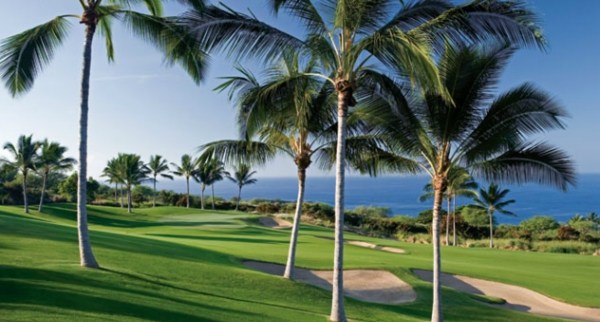 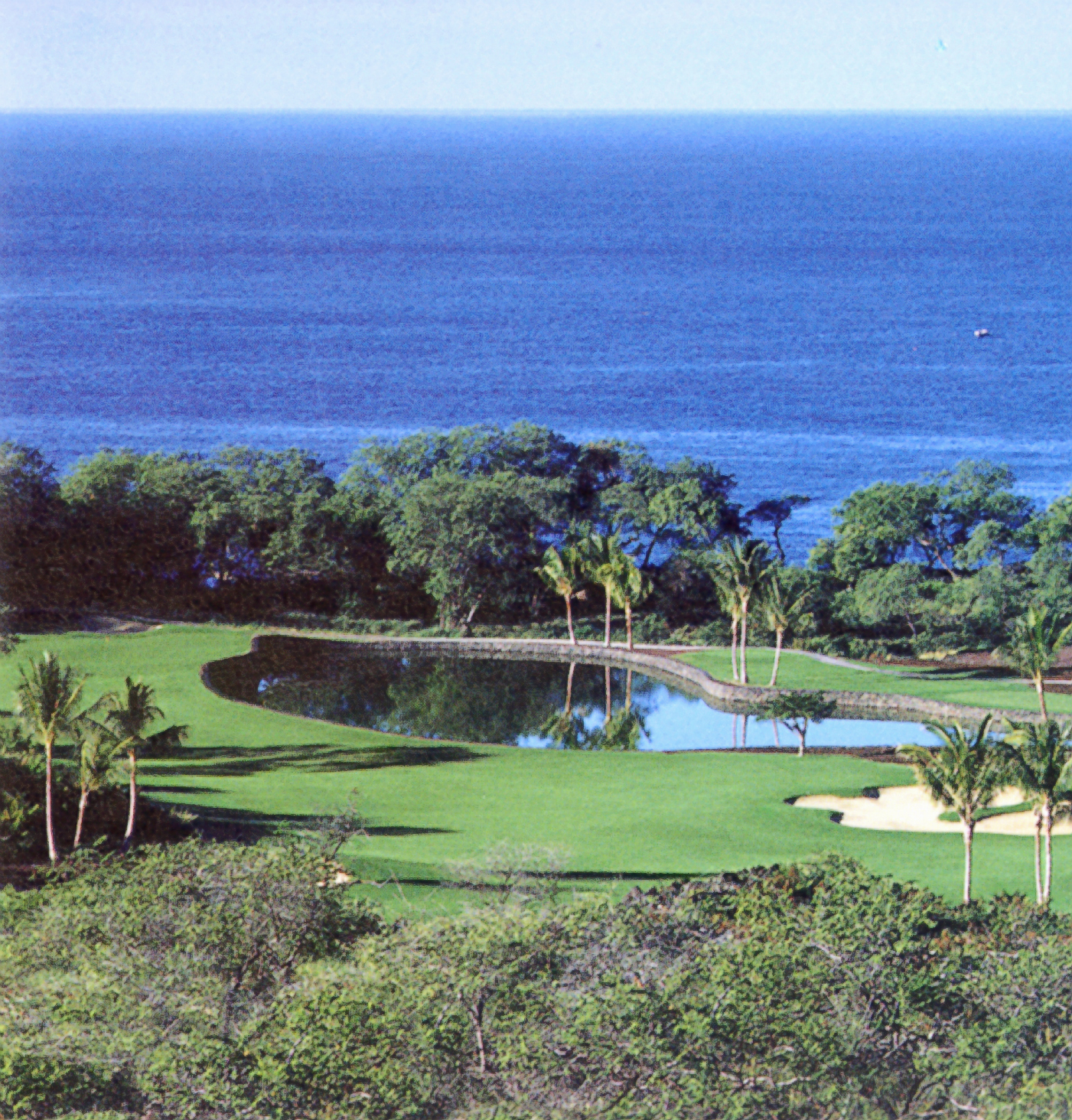 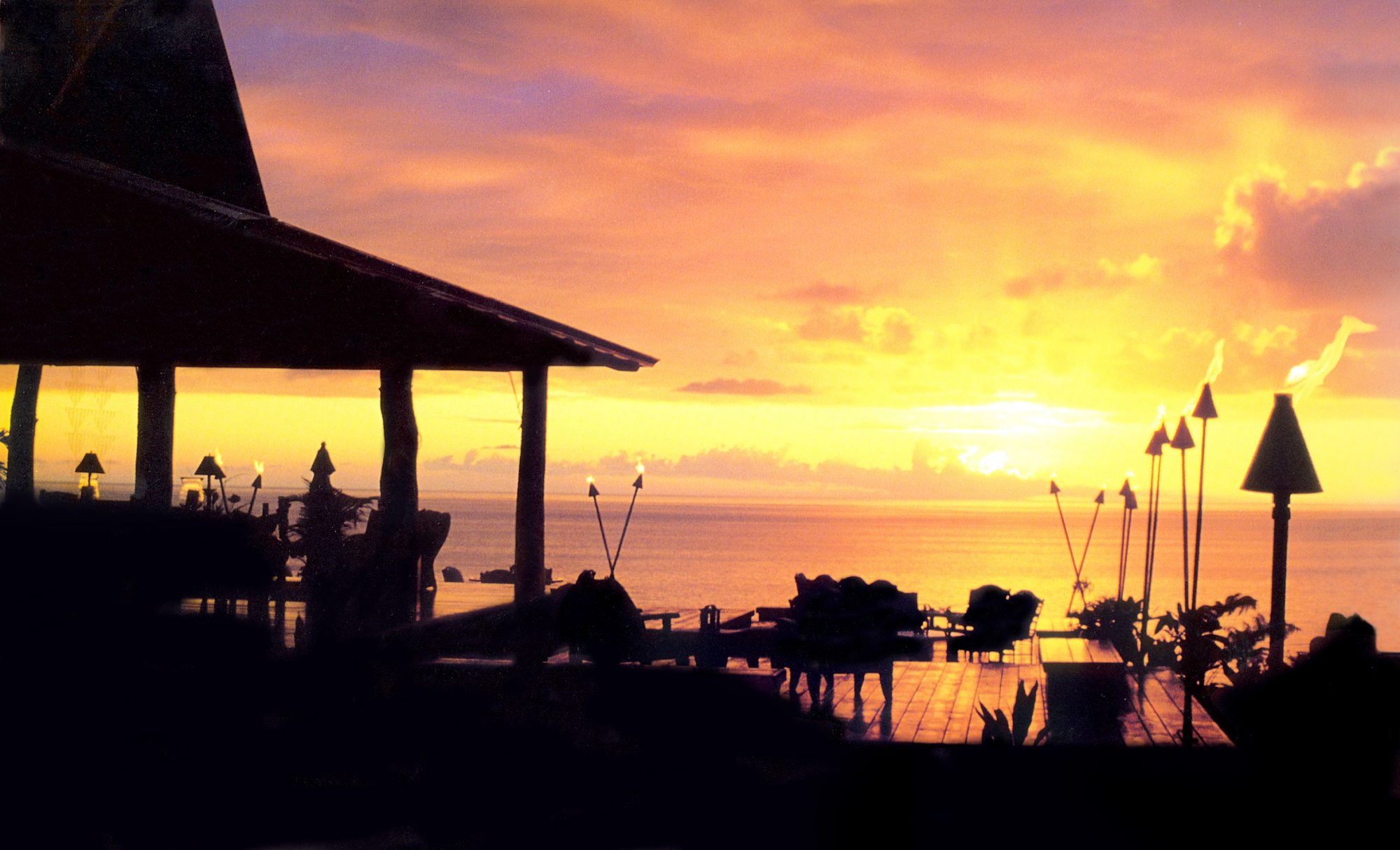 Sunset and Tiki Torches at The Pavilion

What more can be said?